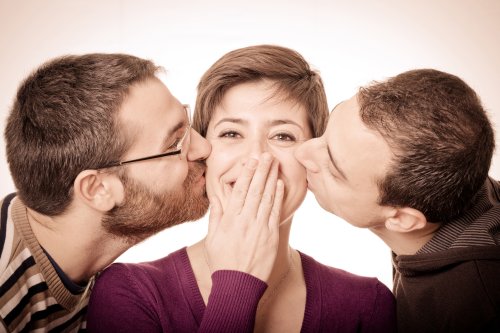 Swinging, also known as sharing, partner or wife swapping, or sometimes "The Lifestyle" is simply consenting adults (18+) enjoying the experience of having sexual relationships with multiple partners.

Research by anthropologists has found that couples who swing:

Swinging is one of the oldest forms of group entertainment, having been practiced by man from the beginning of time, even in times of strict religious persecution, swingers managed to have fun.

Since the advent of the internet swinging has become a more widely practiced lifestyle due to the ease of identifying and contacting people who want to live out the same fantasies.

Websites such as Camposol Swingers offer detailed information about the likes and dislikes of potential play-mates, and offer a quick and secure method of contacting each other.

Swinging is openly practiced in most countries, except where political or religious circumstances make it too dangerous. Even in these countries many people find a way to make contact and enjoy their lives.

Spain has a flourishing swinging scene with hundreds of swingers clubs and dozens of private parties catering for both native Spanish and the huge ex-pat communities.

Some Myths About Swinging

Swingers have sex with anybody

This may be true for a small minority of swingers, but most swingers only have sex with people they are attracted to.

Swingers choose their partners by putting keys into a bowl

David has been swinging since 1974, the only time he has seen this happen is in TV sit-coms.

No more than anyone else. You get clean swingers and dirty swingers.

Swingers are a high risk for STD's

Research has shown that there is a lower incidence of STD's in the swinging population than in the general population.

Swingers are all old

There are swingers in every age group, there always has been. David started swinging when he was 18 years old. There are people of every age group in the scene. Some clubs cater for younger swingers, other for older swingers.

This can be true, many swingers are afraid of getting "outed", as they could risk losing their jobs or creating a rift in their families. Strangers can be treated with caution, as over the years many reporters have infiltrated swingers clubs to get a good story to sell their rags. Once a person attends a club or party several times and has been seen to get involved they will be accepted into the group.

Swingers are all Rich

In most countries swingers come from every walk of life and every wage bracket. We have lived on the breadline several times and attended parties with millionaires. You cannot tell how rich or poor a person is when they are naked and having fun. Wealth does not make a better lover. Swingers tend to accept people for their personalities rather than their looks or wealth.

People Swing to Save their Relationship

The opposite is true. Only people with strong relationships swing. If a couple with a damaged relationship start swinging it usually speeds up the breakdown.

Swingers are all Bi-Sexual

Not true. However being more adventerous, many swingers have experimented with bi-experiences. Most women seem to be bi, with about a quarter of men admitting to be in bi. This changes in different countries, with the men in southern European countries claiming to be straight but in private or small groups are very adventerous.